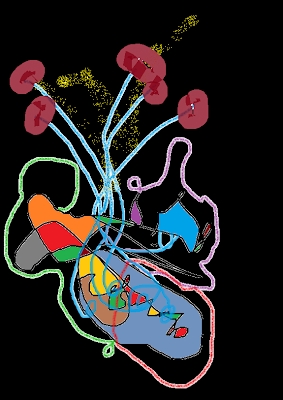 Today was an interesting day... First I wake up to talk to my fnordies like I usually do in the morning, while talking to Rich early - Someone comes in from "Operation Flashpoint" (Arma2) needing an American voice-over for a mission he's doing.  We talk with him a little bit and he gives me his line, being the only one on the Server I allow him to record me, the line was:

"Crossroads, this is poison-frog. We are trapped and require evacuation."

So apparently I'll be in the credits of that particular game, and perhaps be giving a video of my part to see/show on the tubezorz.  Then a little while later, when TeamSpeak seemed to fill up a bit after that... Someone else by the name of SquinT came in and started Free-style rapping to us while we were playing CS:GO.  That was pretty neat, and I got some of that recorded for show later, if he comes back to check it out.

Then apparently SDGE comes by to replace our old meter, and puts in an electric meter... then kills the power to my home, messing up many clocks, and hopefully all the computers are fine, they could have given me better warning and I was pretty upset by the action.  Then a little while later, the UPS guy comes and I get my new monitor so that sort of made up for the power outage.

I'm going To E3 tomorrow, I'll post information about it on my game blog: Here